Devney Friel-Schenk and Phil Schenk love their dogs.   So, in September of 2009 when the Elkview area couple was looking for a business opportunity, it didn’t take long to look at something involving dogs. They had used self-service dog washes and thought there might be a better way to do it. They started researching on line and talking to people about the idea. The result is Belly scRubs Self Service Pet Wash and Dog Center.

Belly scRubs is in Teays Valley, right on State Route 34 in the Lakeview Plaza next to Goin’ Postal. “It’s here because this is where the dogs and dog people are,” says Phil. He did research in Kanawha and Putnam County and found that Putnam has had a 62% increase in dog licenses in the last three years. They found a location where they could put the wash units right up in the big picture window to show everyone that it’s a clean, pleasant place to bring your dog.

Soon after it opened, customers were asking if Belly scRubs could groom dogs, too. At first Phil and Devney contracted with “The Fur’s A-Flyin'” and later hired their own groomers who have been building up a great reputation ever since. Belly scRubs now grooms 7 days a week by appointment.

Because it’s self-service, Belly scRubs is open 24/7.  Phil says, “It’s just like the old car washes where you put your money in and dial up what you want to do. Instead of wash and wax, we have shampoo and condition.”  Belly scRubs has two wash bays. The shampoo is built in so there is no need to bring your own. There’s even towels you can use, so you don’t need to bring those! The unit also has a blow dryer and a way to disinfect the tub.

There is also a “Dog Center” featuring “hard-to-get” dog items. Right now, the Dog Center has the Fromm brand line of natural dog foods and a line of herbal remedies for common dog problems such as skin and fur issues, digestion issues and even a non-drug elixir to calm nervous dogs. And we have collars, leashes, toys and more.

WHAT PEOPLE ARE SAYING!

"Love this place. Their tubs are huge and it doesn't cost an arm and a leg. Employees and owner are awesome." - ELIZABETH BENNETT, 4/16/19

"Took my senior lab today for the first time to use the self service bath. This was so much easier than doing it at home. She was a good girl and cooperated well even with the dryer which she typically doesn't like. I only had to bring my dog. Everything else was provided. Easy, peasy! Will be back!" - BETHANY HARKEY McVICKERS, 3/25/18

"Great place to take your dogs to be bathed in the winter. I do my own grooming but it's much easier to take them somewhere where I don't have to clean up a mess! The tubs are a great height and you don't have to bend over to wash them. My dogs love it! Thanks Belly scRubs!" - LISA HUDSON BURGESS, 2/19/17 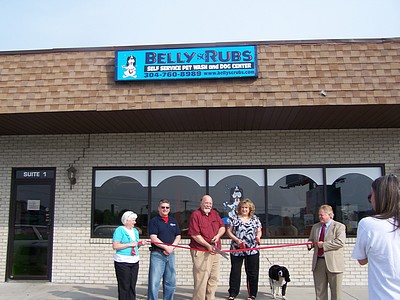 This is the late Evi, our Springer Spaniel who was the inspiration for the Belly scRubs logo! 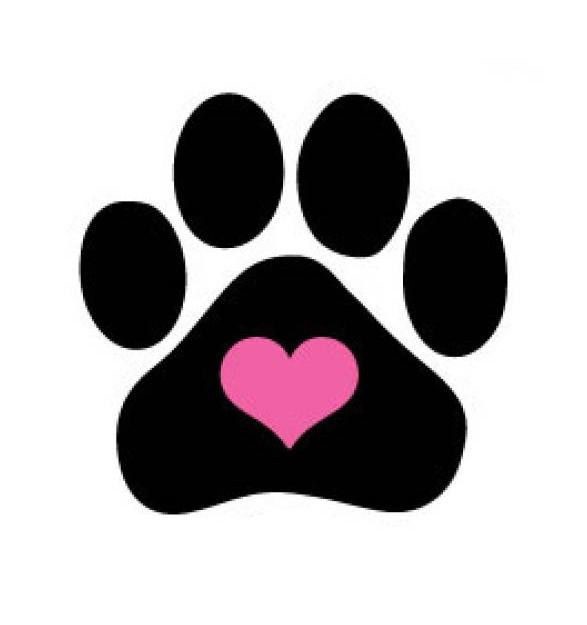 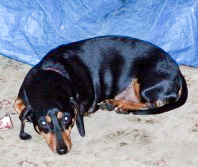 Beckley, our clever little Dachshund, has been a top competitor in the Annual West Side Wiener Dog Race!

COME IN TO FIND OUT WHY BELLY SCRUBS IS SOOO MUCH BETTER THAN THE BATH TUB!